Glasgow International (GI) is in full swing and the project I worked on with Queens Park Railway Club has been launched.

Queens Park Music Club Volume 1 – a digital publication comprising artists’ responses to questions about the role of music in their practice – featuring playlists, essays, illustrations and meditations on the theme – is now available to download.

There was a lot of discussion about what form this collection of work should take – should we embed playlists? If so what form would they take? In the end it was settled that links to the music would be placed within the text – leaving it to the internet to provide the music – rather than curating a podcast or compiling a mix. With so many issues around copyright, ownership and piracy tied up with listening to music online it was detracting from the focus of the project. I feel it demonstrates the effect that the internet has had on the breadth of people’s musical taste – almost everything is available if you can find it, indeed we found that to be the case, with the exception of only a couple of the pieces cited in the publication.

In the end, I didn’t write for the project myself but, in researching the form it would take, I did compile a piece of my own which I present below with a Mixcloud featuring the tracks under discussion.

“Delta Lady it is my love,” With his Sheffield showing, Joe Cocker launches the closing track his 1970 live album. I have a clear memory of the gatefold sleeve, full of circus imagery and Cocker’s sweaty, crazed, stoned, gurning face in my parent’s meagre vinyl collection when I was a kid. The sound of all the drugs the band took, all the life they were living is captured on this record.

“Rock ‘n’ roll!” Cocker chuckles, like he’s almost surprised. I remember not being allowed to play with my parents records – I must have looked at the sleeve while my dad played it on the big wooden box of a hifi. My parents had some history with Cocker, attending his early pre-fame, pre-America gigs. They tell a possibly apocryphal story about him singing while standing on a table in a working men’s club. There’s another tale that they never finish involving Cocker disappearing to the toilet mid-set, presumably partaking in some recreational pursuit that parents don’t want their children to know about.

Is this where I get my need to follow bands from?

In my head I’m at some dream-version of the gig, it doesn’t match the tour film with Cocker’s crazed battery bunny drumming dance. Worn out, one more time, feeling it. The big finish. The reprise, pushing it just that bit further. They don’t want it to end.

They’re playing so hard there’s not much left of the song – that shriek, that voice almost falling apart. No meaning left but the moment. Good live albums which capture the essential transience of live performance are rare. Live albums that make you feel like you’re at a gig are rarer still. It’s impossible to talk of ‘authenticity’ after all this is a Yorkshireman singing the blues.

When I hear this, I am sent back to the Buddokan toilets. When Radiohead played in Tokyo in 2001, I was there. The gig that night started early and like the other shows on that tour they opened it with The National Anthem and it felt like a threat. That bass, that noise, the whole round place shook with the shiver and the panic of it. And we weren’t even in the auditorium yet. It was the manifestation of my touring anxiety dream (I get lost, I can hear the band but I can’t see them).

The way they were playing that song at that time went beyond the dark album version, it becomes something purely physical.

My muscle memory makes me twitch, I don’t hear this one I feel it. Aggression and fear and anger and all the things I take from those gigs. It’s a feeling in the pit of my stomach.

Lying in bed with headphones on in the dark. The year my taste was formed. The Mary Chain are something forbidden, their name (to a Catholic school girl, afraid of everything) the dirtiness of their noise, the sexy confidence of it. If this was a gig, then I had to go to one.

I know now that the Mary Chain wear their influences on their sleeve, but then it was my gateway to The Stooges, to Jonathan Richman, to the Phil Spector Wall of Sound. JAMC got to me first.

I was too young to go their gigs that year, and I never got the chance to see them before they split. They’ve played a few gigs in the last few years but I they’re the last band I’m yet to see. I joke that I’ll book them myself if that’s what it would take for me to be able to see them play The Barrowland.

Though these are from a studio album, they sound live. When I saw her play in Amsterdam, in a moment of serendipity, she adjusted the lyrics of the spoken word Babelogue to become germane to the evening. Never having seen her before, I was astonished by her energy. I thought I got it. I didn’t really get it until that moment.

It’s a call, a summons. There was unity in the room, beyond that of a mere live music show. I am a little afraid of Patti Smith, her life force amid all her tales of dead friends is an astonishing creative power.

This live album was released around the same time as Joe Strummer’s first Mescaleros album. I saw that band live, but I’m too young to have seen The Clash, they’re still a massive band in my life. This album always comes out in times of crisis. It’s a fantasy gig from several recordings making up a survey of the band’s career in a way that none of their actual real gigs would have been. Its a protective cloak, an invincible strength.

Just one of many tracks I could have put in by Nina Simone, another act I will never get to see play live whose work I treasure. At this fantasy concert I am in the audience and it doesn’t matter if this was recorded in a studio or at a concert because it sounds like it’s happening in front of you. “Power.”

I saw Buckley play live a couple of times, when he was being lauded for his first records. Even if he’d lived, the gigs would have been special. He was ridiculously handsome, funny, with a vocal range that none of the other indie acts of the time came close to. His studio albums have that edge of over production and “classic rock” which was against my religion, but this acoustic EP was a thing of rare beauty. Every note Buckley committed to tape seems to have been released as a “special edition” it’s a cliché, but the music is immortal.

This is from the album of the concert film. Not really a filmed concert, more a concert as a film. There is another Talking Heads live album (The Name of This Band Is) but Stop Making Sense is the perfection of the form.

It’s exciting to be working with artists again, my degree was jointly in History of Art, and I often dealt with press releases from galleries when I worked as Listings Editor for The Press Association.

I’ve got to know the directors of the gallery and appreciate what they’re doing. I took their art-world focused copy and adapted it for a media audience, to draw attention to a unique event. A different perspective and a good contacts book can help get the word out.

Artist Rob Kennedy has devised a project where performers will broadcast from the gallery to commuters on the platform each morning. You’ll need to get up early to catch it! 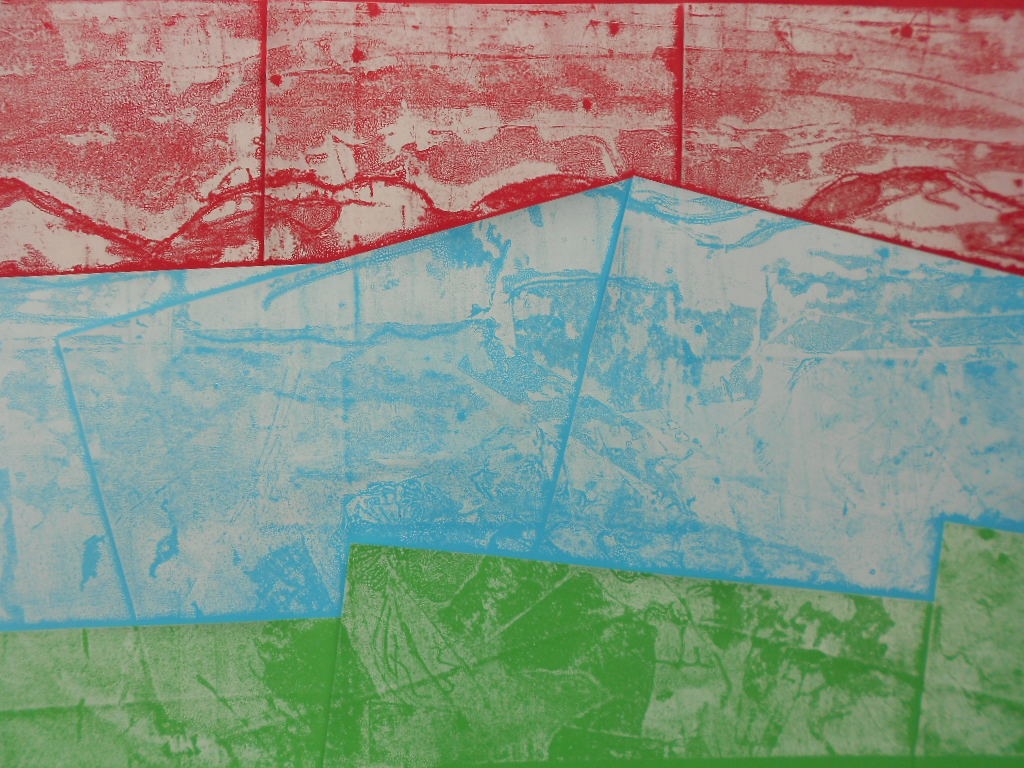 My friend Sarah Barr makes art. Last year she started selling it at local craft markets and community events and got a great response from people who wanted to buy it and commission her to make more. Almost everyone she met at these events asked her if she had a website…

I set about making a simple website for her to showcase photos of her work, and serve as a point of contact with potential new customers. The site is basic but allows her to update it herself without any fuss. Now when she gives out business cards with the website address, customers can see a survey of her work, get news of any events she is attending and contact her to purchase pictures. In future we hope to build an online shop, but so far we have attracted the attention of some local decorative art shops and held a small exhibition in the window of the local off licence (a popular art outlet in the neighbourhood!)

Since Sarah’s work has been on display in Boxwood, a local art and gift shop, she’s sold several pictures and received enquiries about other pieces. I’ve followed this up with a Facebook page for Sarah’s work that we can both manage, as Sarah’s time is better used on her work (and her kids!).

Contact me to discuss your website and social media needs – even if you feel overwhelmed I can help!